Why the beer gl; 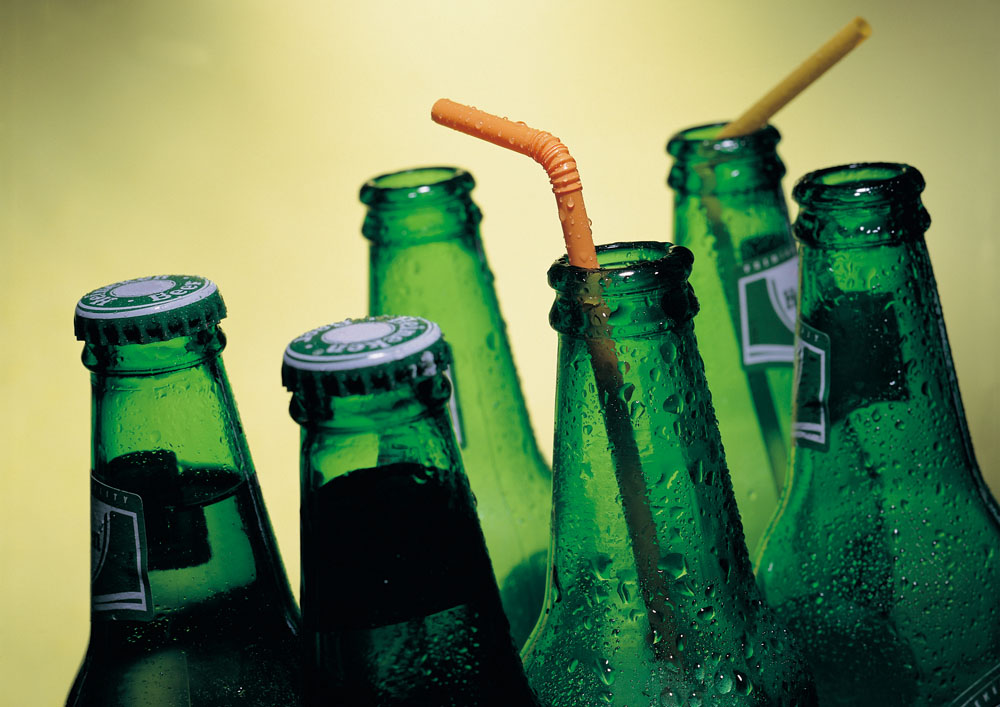 In fact, green glass bottles of beer began to appear as early as the mid-19th century, not from now on. At that time, the glass production technology was not very mature and could not remove ferrous ions and other impurities in the raw materials, which made the glass more or less green. At that time, not only the wine bottle is this color, glass windows, ink bottles, and other glass products are green, it is generally believed that the original color of glass material is green, so it is normal for beer bottles to be green.

After the glass manufacturing process is more developed, we found that after the iron ion is clear in the process, the glass can become white and transparent. At this time, beer manufacturers began to use white transparent glass bottles as the packaging of beer. However, because the degree of beer is low, it is not conducive to long-term storage, it will accelerate the oxidation of beer after being exposed to the sun, and it is easy to produce a smelly compound. Such beer has naturally deteriorated and is undrinkable, while dark glass bottles can filter out some light so that the beer is not easy to deteriorate, but also make the beer can be preserved longer.

So brewers began to abandon white transparent bottles and began to use darker brown glass bottles, which absorbed more light, allowing beer to better preserve its original flavor and store for longer. However, in terms of cost, the production cost of brown bottles is higher than that of green bottles. During World War II, brown bottles were in short supply for a long time, and the economies of various countries were not very good. Beer companies re-used green bottles in order to cut costs. Basically, all the well-known beer brands on the market are green bottles. And at that time, refrigerators were becoming more and more popular, beer sealing technology was also advancing by leaps and bounds, and lighting was not so important. Driven by big brands, green bottles gradually became the mainstream in the market.

Previous: Why most of the beer glass bottle is in dark green color?