How To Make Hanky Panky Cocktail 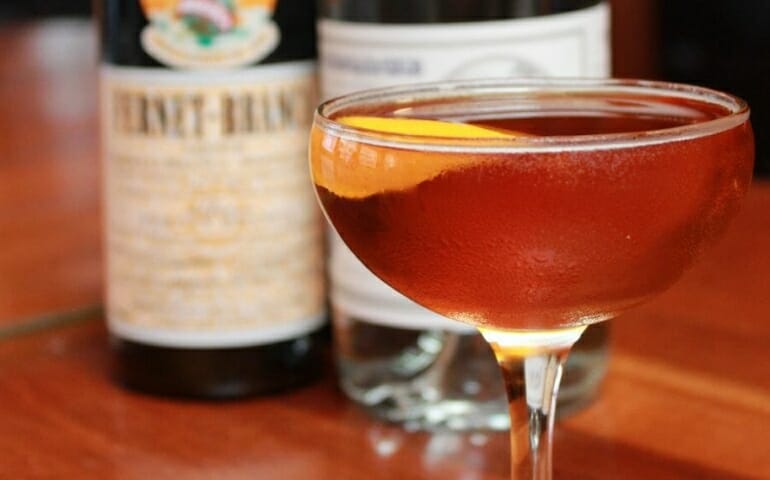 The Hanky-Panky was the brainchild of Ada Coleman (known as "Coley") who began as a bartender at the Savoy Hotel in 1903. Her benefactor was Rupert D'Oyly Carte, a member of the family that first produced Gilbert and Sullivan operas in London and that built the Savoy Hotel. When Rupert became chairman of the Savoy, Ada was given a position at the hotel's American Bar, where she eventually became the head bartender and made cocktails for the likes of Mark Twain, the Prince of Wales, Prince Wilhelm of Sweden, and Sir Charles Hawtrey. Coleman created the Hanky-Panky for Hawtrey. He was a Victorian and Edwardian actor who mentored Noël Coward. Coleman told the story behind the creation of the Hanky-Panky to England's The People newspaper in 1925.

The Hanky-Panky is a variation on the sweet martini, inasmuch as it calls for gin and sweet vermouth, but Coley's secret ingredient was Fernet-Branca, a bitter Italian digestive. By adding a couple of dashes of this herbal elixir, she transformed it into a whole new drink.

Steps to Make It

2. In a mixing glass filled with ice, pour the gin, sweet vermouth, and Fernet-Branca. Add a dash of orange juice if you like. Stir well, for at least 30 seconds.

3.Strain into a chilled cocktail glass.

4. Twist an orange peel over the drink to express its oils, then lay it over the rim as a garnish.

How Strong Is a Hanky Panky Cocktail?

Like all liquor-only martinis, the hanky panky does not play around on the alcohol content. It packs a nice punch at around 24 percent ABV (48 proof) when made with 80-proof gin.

Previous: Do you know how to choose glassware for daily use? Top sell glassware with different material.

Next: How to use waste glass bottles