10 kinds of classic beer cups, which one is commonly used?

Maybe many people think that beer is refreshing only when it is blown on the bottle. But not all beer is suitable for drinking largely . Some need to be savored slowly. Beer's color, foam, scent and taste are all important factors to evaluate the quality of a beer, and beer bottles of different shapes will have different effects on beer. So there are many kinds of beer cups. Different types of beer cups are suitable for different kinds of beer. So what are the common beer cups? 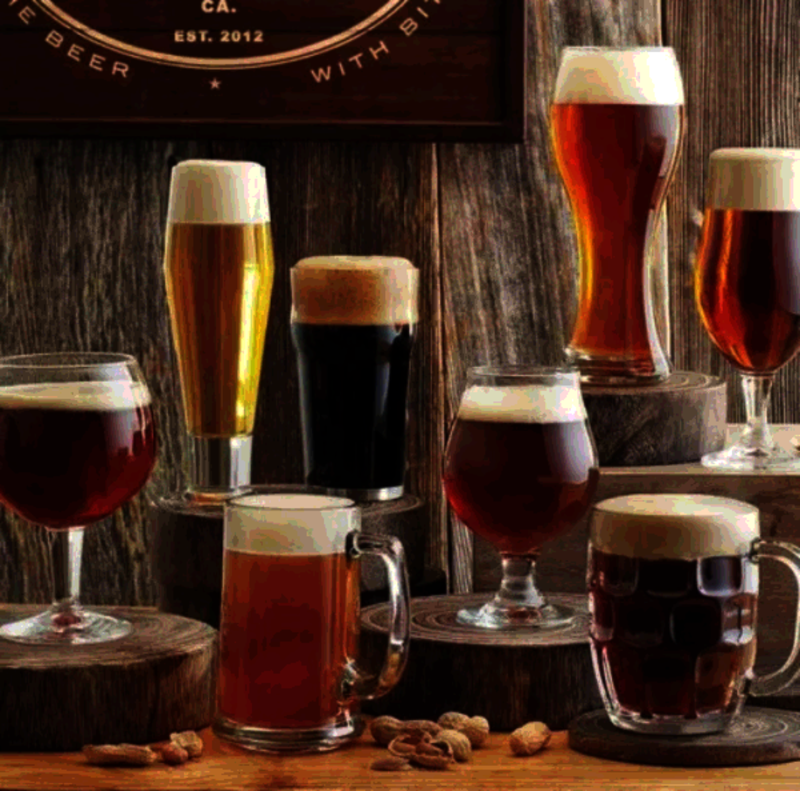 Generally speaking, the thickness of the cup, size of the bottom of the cup, handle, cup mouth bending inward or outward, and slender or short cup body , all of these are factors that will affect the flavor of beer. For example, a thick glass beer cup has better heat insulation performance, and wine liquor is not easy to heat up; a small glass cup at the bottom of the cup is easier to observe the color of beer; the wine cup with mouth outwards is easy to preserve the foam of beer; the wine cup with inner cup is easier to contract the aroma of beer;

Some glasses also have ingenious designs, such as wavy lines, which add a bit of optical effect to the beer itself; if it is a large wine glass without handle, it should also have anti-skid design, so that the body of the glass has a radian, so that it can be reassured to hold.

A goblet or a flat-bottomed cup? 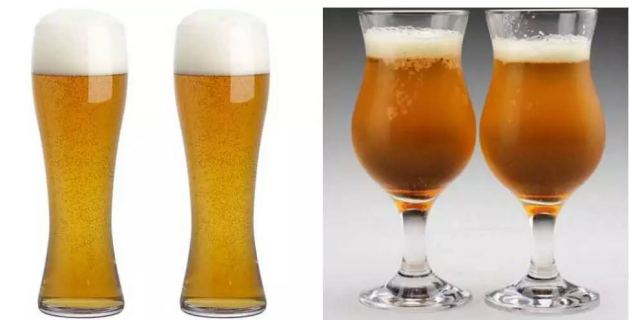 Generally speaking, the hand of the drinker should not touch the cup body, in order to avoid the temperature of the palm of the hand heating the beer, affecting the taste of beer, so the beer cup has a high feet; and because of the large amount of beer, the volume of the cup body is large, so the beer cup also has a flat bottom.

By comparing the shapes of these two glasses, we can see that when we drink beer in a flat-bottomed glass, we usually need to raise our neck so that the liquor can pass through the throat to the abdomen more quickly and feel more cool and comfortable. When drinking beer in a high goblet, in order to avoid the liquor standing on your face, you can't lift your neck and drink it in large mouthfuls. You have to sip it slowly and slowly. As a result, the wine will stay in the mouth longer, more air will be exposed, and the flavor of beer can be fully displayed.

To sum up, flat-bottomed beer is the best choice for cold, refreshing and enjoyable beer, while beer with strong aroma and delicate flavor is suitable for high-feet beer.

What are the common beer cups? 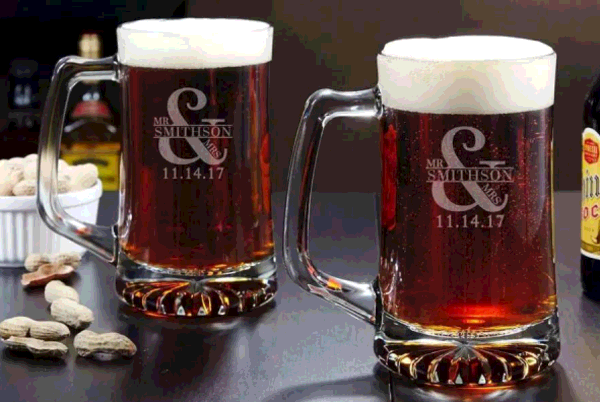 The draft beer cup (Mug) is the most widely used beer cup in the world. It is characterized by large, heavy, thick and handle. The draft beer cup is unusually thick and strong. When touching the cup, you can rest assured that the liquor will not rise so quickly, so you can drink happily. In Germany, Stein's cup is also a draft beer cup, but it has a lid to prevent mosquitoes or leaves from entering the cup when drinking outdoors. Because most beers emphasize touching, drinking and low temperature, American, German, European and most beers around the world are suitable for draft beer cups. 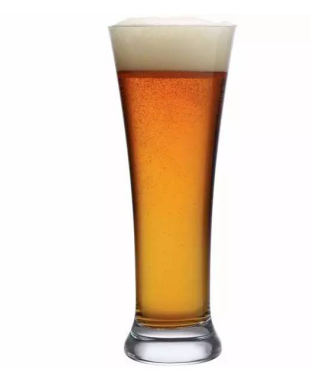 Pilsner is the most widely used beer cup after draft beer cup. It is usually slender and long, with a small mouth and bottom, and a thin cup body. Because it emphasizes the transparent color of the Pearson beer and the rising process of bubbles, the slender and thin body of the beer is just right. In addition, wide cup mouth is designed to better preserve the foam layer at the top of the liquor. Beers for the Pearson Cup include American and European Pale Ale and German Low Fermented Beer. 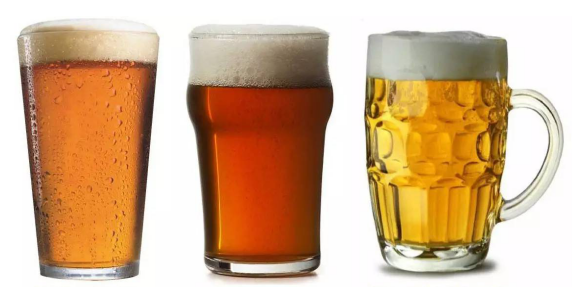 Pint is cheap and easy to buy. Ordinary bars use pint cups for easy storage and cleaning. The pint cup is similar in shape to a cylindrical shape with slight vertebral characteristics, and the cup mouth will be slightly larger. Pint is actually a unit of measure, about 0.57L for a British product and 0.47L for a US product.

Common pint cups come in two forms. One is the American pint cup, which is mainly used to drink some American Al and Lager. The second is the British pint cup, which has a circle of protruding body, initially to prevent the cup from falling from the hands, and later poured into the base line of pouring wine. British pint cups are mainly suitable for British Al and Lag. In addition, there is a pint cup called English Dimpled Pint, which was very popular in Britain in the 1980s and gradually disappeared. Nowadays, pubs in Britain are becoming popular again, mainly for drinking light Al and Bitter Beer. 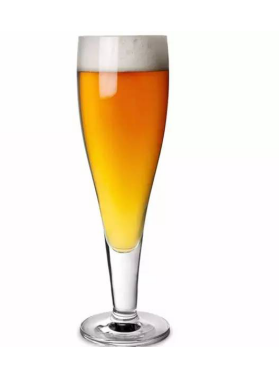 Flute is a slender, slender goblet like Champagne. Its long and narrow shape makes it possible to stir up enough foam when pouring beer, and bubbles can be better displayed. Besides, if the beer's color is clear and bright, it will be very nice. It is a cup that emphasizes visual effects. In addition, the design of high feet can also avoid touching the cup body with the palm of the hand to warm the beer. This kind of glass is mainly suitable for light Al and Pearson beers with golden transparency. 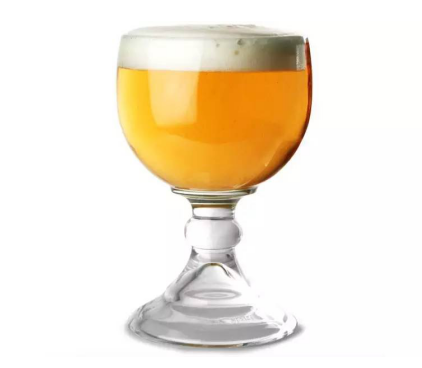 The Goblet is characterized by its large opening, shallow body, wide and flat bottom, thicker wall and foot, and many of the Goblets have a metal edge at the mouth of the cup, which makes them look very grand. Formed cups used to hold holy water, so some people call them "Goblets of Fire". The main purpose of the Grail is to highlight the foam of beer. So the foam rich (at least two fingers wide thickness) is used in this cup type, such as Strong Ale, Strong Dark Ale, double beer (Dubbel) and three beer (Tripel) can be used in this cup. 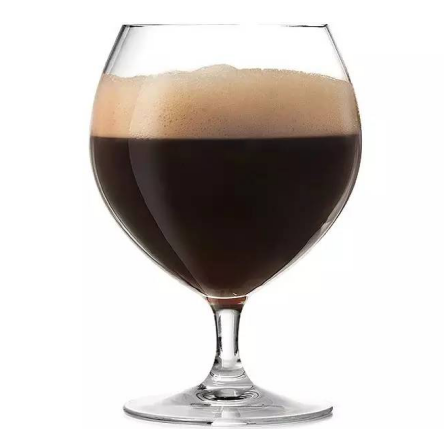 Snifter was popular in the 20th century for drinking brandy. However, it can also be used to drink beer. Because its cup mouth is bent inward, narrow mouth, can converge aroma; and its cup belly is very wide, conducive to shaking the glass, so that the precipitation in beer quickly diluted. This cup type is suitable for beer with strong taste and sediment, such as Belgian Al, American Imperial IPA and Dubble IPA. 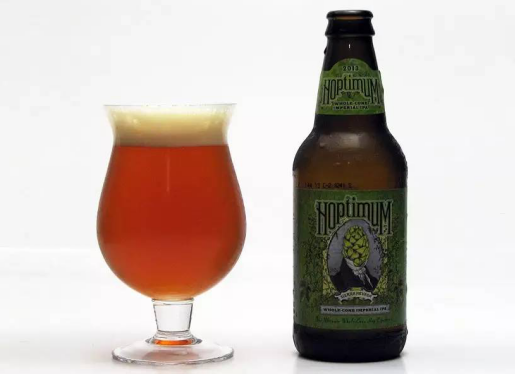 Tulip cups are shaped like tulips. They protrude from below, then bundle inside, and finally blossom slightly outward. The necked ends are designed to reduce the air contact area and condense the aroma, while the valgus cup is the foam. Therefore, the tulip cup is suitable for strong, foamed beer, such as Belgian strong Eyre, dark Eyre, Scotland Al and so on. 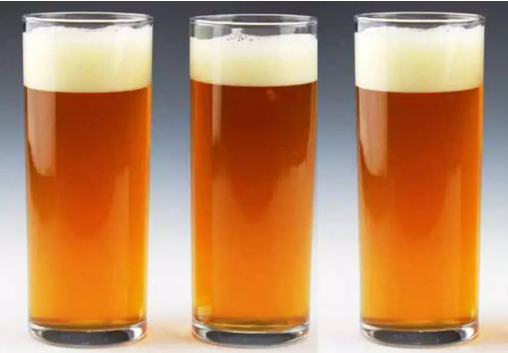 Stange, originated in Germany, is a slender, long cylinder. This kind of glass can observe the bubbles in beer. The color of beer is very good in it and it tastes good. Straight cups are generally suitable for Pearson beer and German down-fermented beer. 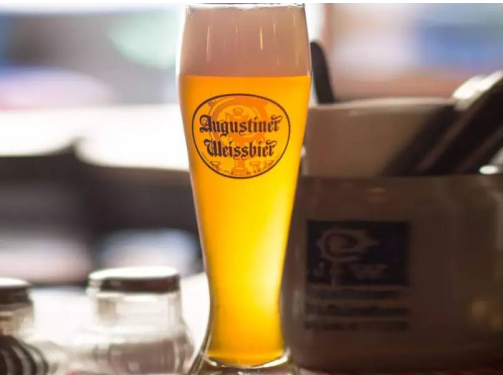 Weizen was originally made for wheat beer. It's similar in shape to the Pearson cup, but the beer cup usually has a waist-closing design. It is characterized by slender, narrow bottom, wide head and openings. It emphasizes the appearance and color of the wheat beer itself. The head width is designed to allow more foam to remain on top. The closure is aimed at retaining the peculiar fruit flavor of the wheat beer. This wine cup is suitable for German wheat beer, semi-yeast wheat beer (Hefeweizen) and wheat black beer (Dunkelweizen). 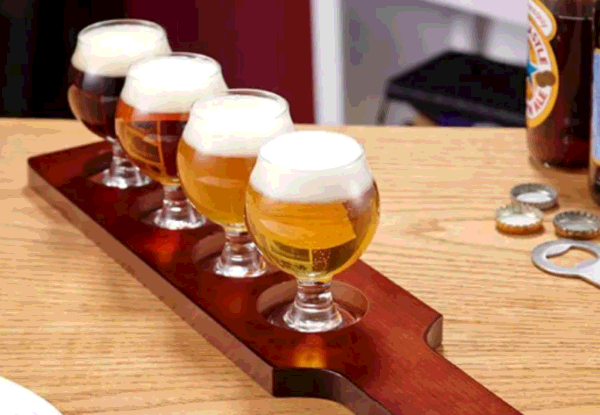 Sampler cups are usually smaller. They are mini-versions of brandy cups, beer cups, pint cups and other cups. They usually have a capacity of no more than 6 ounces. The tasting cup is mainly used for tasting many kinds of beer, which can avoid being drunk too much.

Topic extension: how to pour a beautiful beer foam?

Beer foam is one of the most important criteria for evaluating the quality of a beer. The wine is covered with white, delicate and attractive foam, which is just like a good beer. But many times we do not control the amount of foam, or the bubble is overflowing, or the bubble is less like a cup of juice. How can we pour out a beautiful beer foam?

First, the cup must be cleaned. Any oil stain or detergent residue will destroy the beer foam. When pouring beer, it can pour into the middle of the cup like a mountain stream, which will produce a lot of carbon dioxide gas. When carbon dioxide gas is deposited into foam, repeat the above actions. Only when a thick layer of creamy foam is formed can you tilt the cup and slowly pour the beer along the wall of the cup (thus controlling the foam generation) until the wine cup is filled.

Next: Do you know how to distinguish the difference between decal and printing of the glass cup and which classical style you worth to have ?