The origin of hammered glass cups

In the past two years, there has been a wave of "hammer glass teaware" on Chinese tea banquets. This unique "diffuse light" glassware from Japan has quickly become popular in China, and it is crazy to attract fans. You can see it on many mid-to-high-end tea banquets. Its popularity is also an "unintentional" accident.

First, there has been a lack of quality glassware among Chinese teaware.Chinese tea sets have always been dominated by ceramic purple sand, and they all have one thing in common: no light transmission. When used as the main brewer to brew black tea, dark tea, and Pu'er, the advantage is that it does not transmit light. After all, the brewing beauty of these teas is slightly inferior, but blocking can create a better beauty.

But as a teacup, it is a hard demand to be able to appreciate the color of the tea soup "all-around 360°without dead ends". Otherwise, you can only see deeply from the narrow caliber of the ceramic teacup, which is not enjoyable enough. Hammer glass from Japan entered the Chinese market under such circumstances.This series of teacups first entered China, because the quantity is very small, and it is hard to find a cup in the market. A fair cup of more than 1,000 yuan is normal. It was not until a few months later that it fell back to normal levels.

Later, the hammer-eye cup also entered the Chinese market. Compared with the traditional Chinese ceramic cups and purple sand cups, it still has a very strong aesthetic uniqueness. For example, many people like to shoot its diffuse light effect like this.

Then there is such a tall cup, which is very suitable for the brewing of green tea. "Shape beauty" is the core indicator of green tea brewing. According to the national standards of tea reviewers, in the evaluation of green tea, the proportion of "shape" is 40%. That is to say, the value of green tea is 40%. You can experience the difference between using a glass-like this, a transparent plastic cup, and such a hammered glass to make green tea.

So, why do such tea sets appear in Japan instead of China? Because they were not tea sets at all before. They are wine utensils or life utensils, which are used for drinking and drinking water. Oh my god, another accident. The special craft of the hammer pattern actually comes from the basic processing technique of Chinese gold and silverware-hammering, which is mainly applied to some metal surfaces with good ductility. After being spread to Japan, many ironware, lacquerware, and woodware have followed this craft.

Later, this craft was applied to glassmaking by artisans. Take advantage of the glass that has not been completely cooled after blowing, and quickly strike out the lines. This tests the craftsman's "triple" accurate grasp of temperature, strength, and speed. For example, this hot-selling hammer eye-patterned fair cup was originally a "piece" for drinking sake. Because the functions are similar-both have the function of serving and displaying drinks, they were used as fair cups by the earliest Chinese tea consumers.

Under the light projection, the effect of Canruo Xinghe made these fashionable "small net celebrities in the tea industry" popular in the Chinese tea circle. Although the fire of the hammer eye tea set is full of various coincidences, there is one thing that runs through the whole story-"the pursuit of the ultimate ingenuity". The lines are uniform and fine, the whole body proportion is proper, the center of gravity is stable, and the bold ingenuity...all reflect the exquisite details of pure hand-made everywhere. This is also the reason why pure hand-made products are so expensive.

Our Garbo also has these different sizes of hammered glass cups, which are cheap but very good quality. Not only the clear one but also has the gold-rimmed ones. 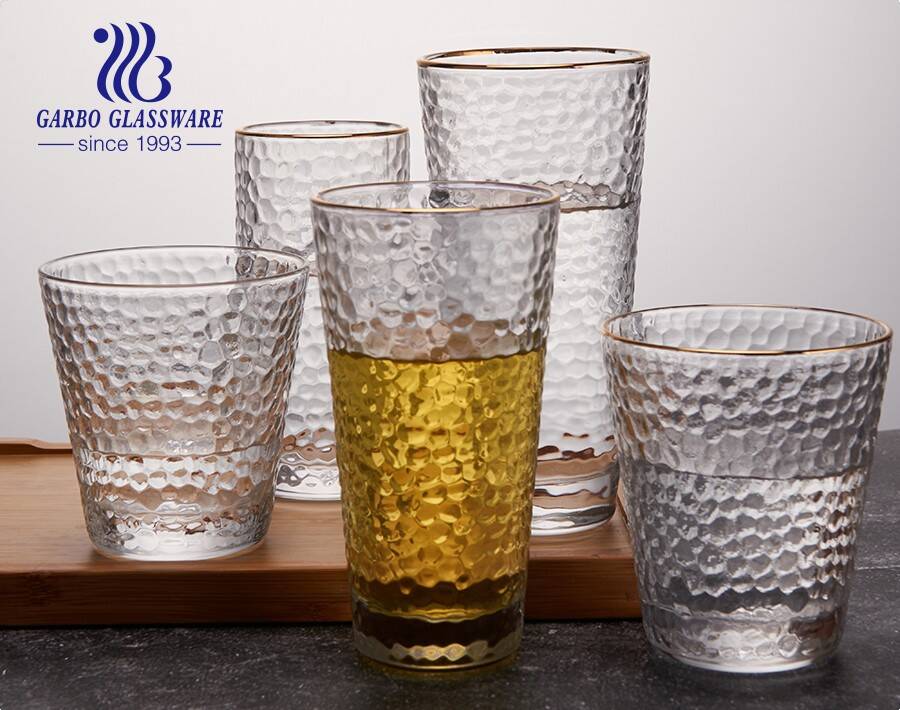 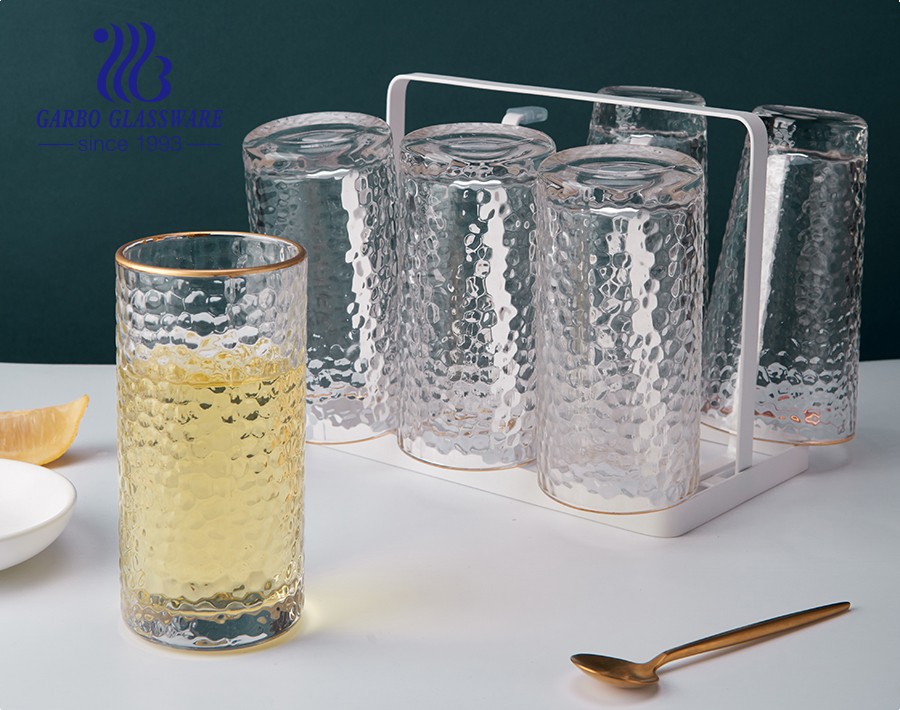 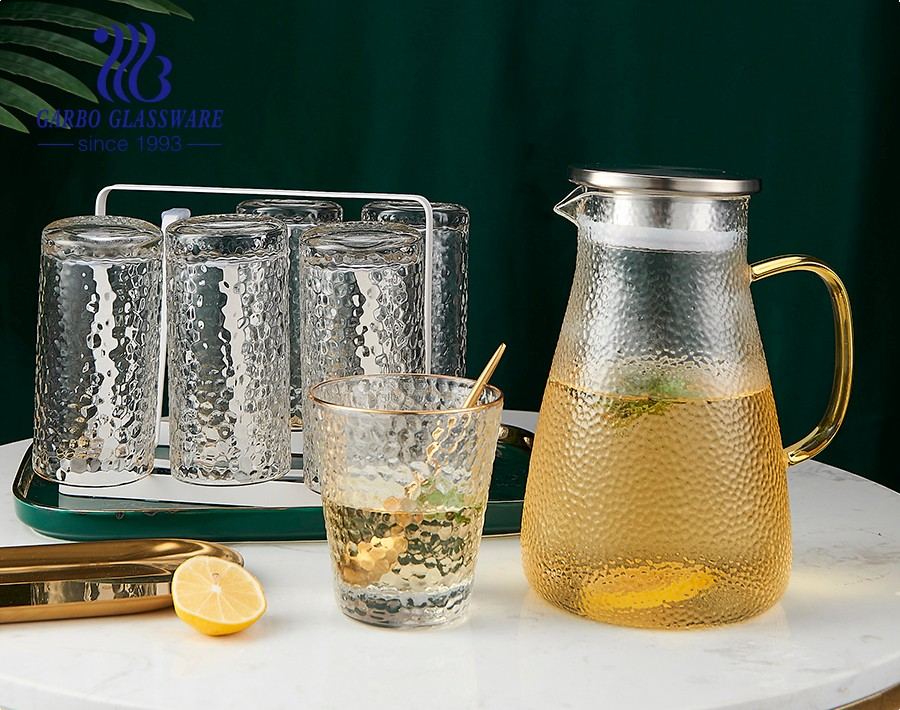 Next: The multi usage methods of glass ice cream cup and bowl